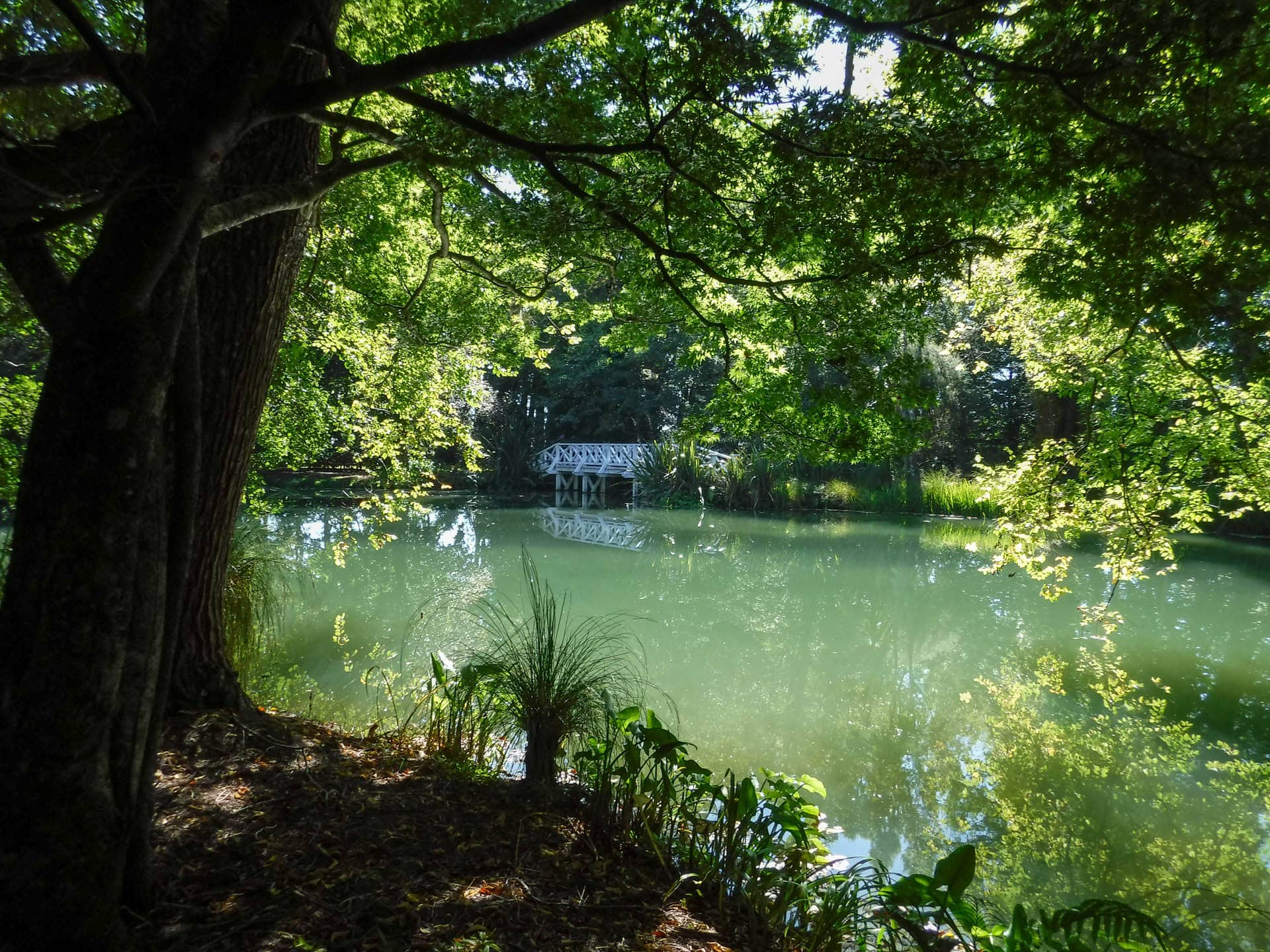 We took a tour of several Lord of the Rings filming sites with Flat Earth. We got to see some of the countryside too.

There were four of us on the tour, all Lord of the Rings fans. Our tour guide, Dave, was an extra in the movies. (He played an orc and a Gondorian soldier). So he had lots of stories about the filming, the casting, and in general being in the movies.

Our first stop was at one of the settings for the river Anduin. Throughout the tour they show stills from the movie as you see the scene in real life.

We also went to where they filmed Isengard so we nerds could pretend to be wizards.

And to where the Rivendell sets were. These were in a public park. They’ve since added maps and signs at the park. We had to move our tour a day earlier because they were going to start work on the road leading to the park on the day we had planned to go. Which we found amusing because the road was excellent by current Michigan standards.

They rebuilt the gateway to Rivendell where Frodo asks Gandalf “which way to Mordor, Gandalf,” a line that we quote all the time. So it was fun to pose in that gateway. 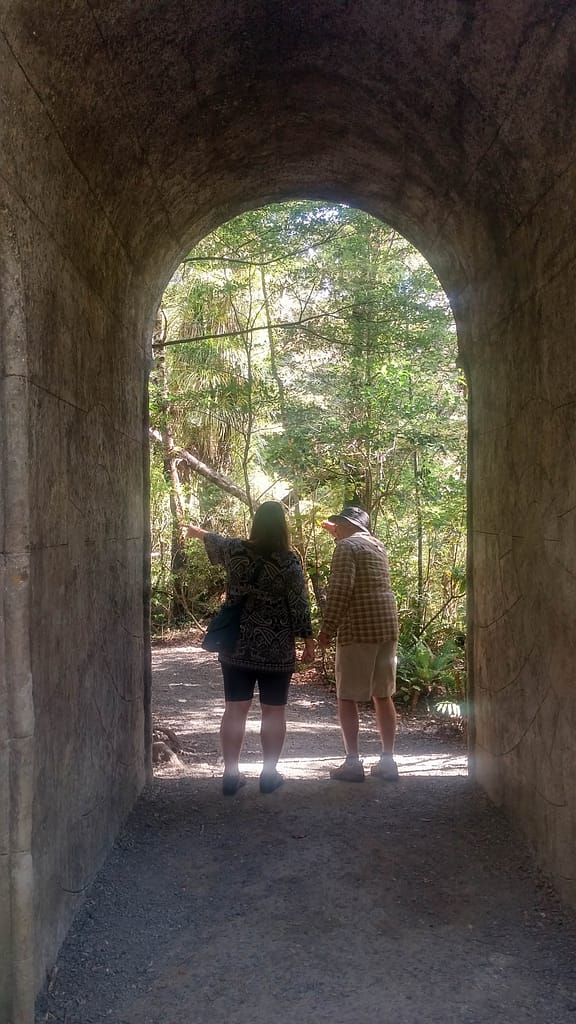 Then we drove over some beautiful mountains to a private house and gardens where they filmed Lothlorien.

And then we had lunch, and then the fun began. There was a car fire on the road through the mountains so we couldn’t get back that way. We killed some time in the cute village of Greytown while we figured out what to do. In the end, the only real option was to take the Gap of Rohan (the long road around the mountains) back to the city, which took the rest of the day.

So the next morning we did the second half of the Lord of the Rings tour, also led by a former movie extra, who had his own stories. First up was Mt Victoria to see views of the city. 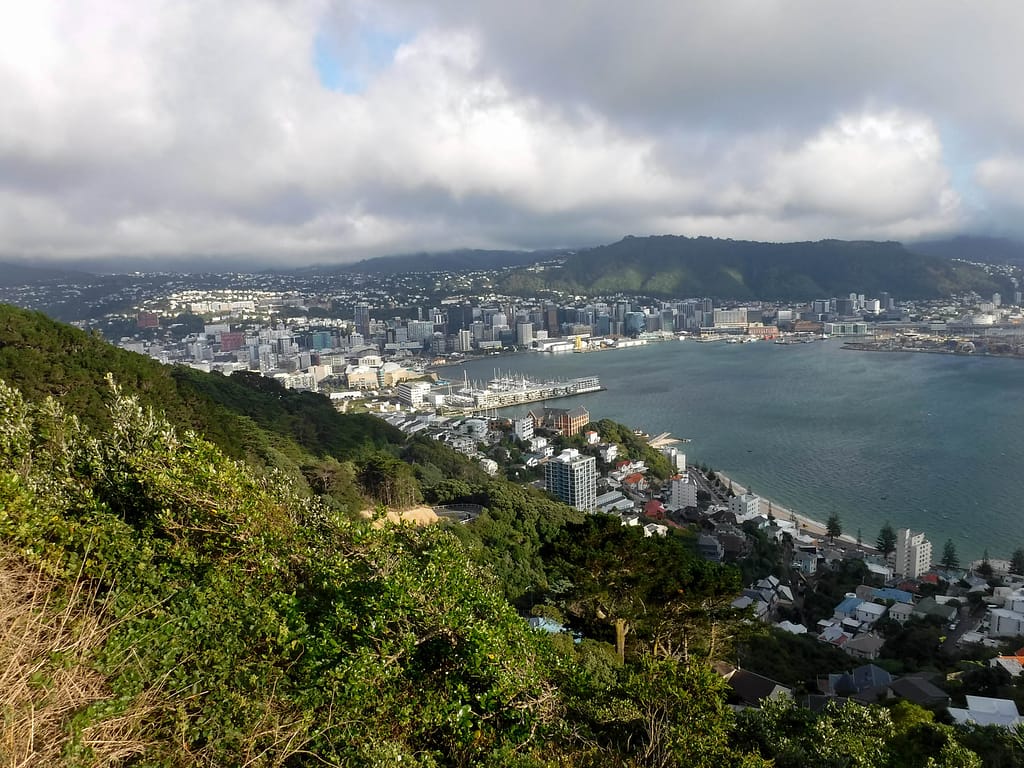 We then went to several sites where scenes were shot in the forests on the mountain. First up was where the hobbits rolled down the hill and then hid from the Black Rider on the road.

You can crouch in the exact spot, as Steve is doing here. (The tree and roots the hobbits hid under were fake.) 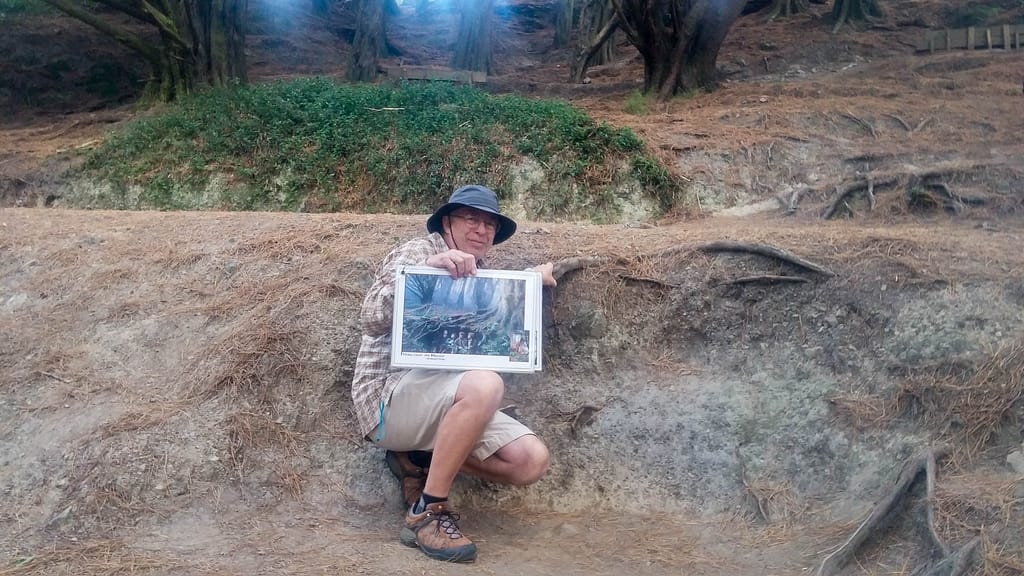 Below is another path in the area. 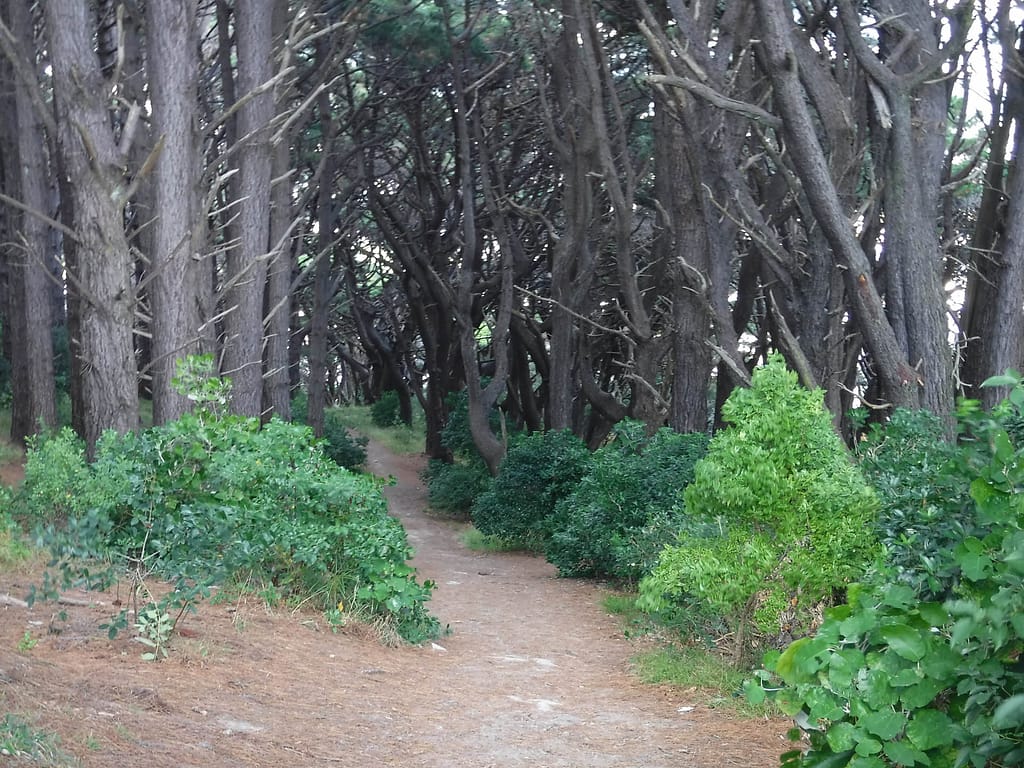 Our last stop was the Weta Workshop. They made their name doing props and special effects for the hobbit movies but have since branched out and worked on many more films and TV shows. We viewed a documentary on the company, then took a tour to see some people in action, hear how things are done, and even touch and examine some props. It was really fascinating. They emphasized how everyone can and should be creative; it’s not a magic gift, but something to practice, and you won’t always get it right the first time. We also heard that gaming and 3D printing are the next big things.